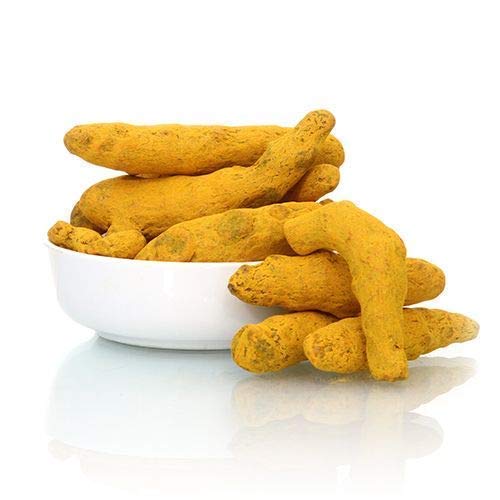 The ginger family includes the traditional yellow-colored root known as turmeric. Due to its qualities, it has a strong, pungent scent and a bitter, spicy, and earthy flavour. It has an earthy, bitter, almost musk flavour with a dash of peppery spice. Turmeric is used as a culinary colour and comes in a spectrum of hues, from bright yellow to deep orange.

As a spice and herb, it is widely used all over the world. It serves as a spice and can be consumed fresh or dry. It pairs beautifully with spices like ginger, cumin, coriander, and even cinnamon.

It has historically been utilised in India to treat ailments of the skin, upper respiratory tract, joints, and digestive system. Today, turmeric is marketed as a nutritional supplement for a wide range of ailments, such as depression, liver illness, allergies, respiratory infections, arthritis, digestive issues, and many others.

With the highest taste and quality, it is the go-to option for its clients.